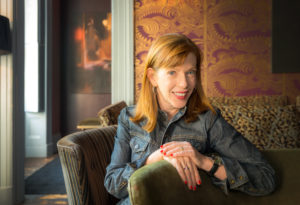 Susan Orlean is the bestselling author of Rin Tin Tin, The Orchid Thief and The Library Book. Orlean has been described by The New York Times Book Review as “a kind of latter-day Tocqueville.” One of her generation’s most distinctive journalistic voices, she is fascinated by American stories of every stripe. From Rin Tin Tin, the orphaned German shepherd who became a silent film star in the 1920s, to John Laroche, the convicted felon who slinks through the swamps of southern Florida looking for rare orchids, Orlean has an eye for the moving, the hilarious, and the surprising. A staff writer at The New Yorker for more than twenty years, she has also written for Outside, Esquire, Rolling Stone, Vogue, and The Boston Globe, and has edited both Best American Essays and Best American Travel Writing. Her writing has inspired two films, including Adaptation, the Academy Award-winning film directed by Spike Jonze and starring Meryl Streep. 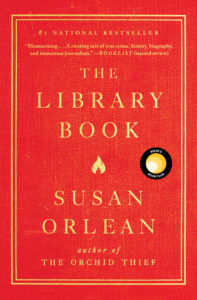 The Library Book is an exploration of the history, power, and future of these endangered institutions, told through Orlean’s quest to solve a mysterious act of arson that nearly destroyed the Los Angeles Public Library in 1986. It was named one of both The New York Times’ 100 Notable Books of 2018 and The Washington Post’s Best Books of 2018. Orlean will adapt The Library Book for a forthcoming television series with Paramount TV.

The Carnegie Circle Dinner is presented by Bank of America.