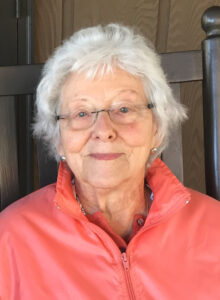 Holly Harkness Clark laughs as she shares a bit of family lore – her brother packed a book instead of a towel for his swimming lessons and was finally allowed to quit when their mother realized he never entered the pool!

Their mother, Marian Harkness, raised her three children to be readers, and her legacy gift to the Library Foundation ensures that future generations can do the same.

Marian Harkness passed away in February of 2021, and the siblings weren’t surprised their mother included the Library in her estate plan.

Larry Harkness recalls, “Our parents set up a charitable trust and included the organizations they cared about.
The Library required no deliberation.”

His brother Robert adds, “They moved to Charlotte in 1953, and our mother made wonderful friends at the Library. She saw libraries as a gateway to education and information.”

Growing up, the siblings recall regular visits to what is now the Myers Park branch. “We read a lot, and she read with us. Mom was in multiple book clubs,” Holly remembers.

After her oldest children left for college, Marian earned a Master’s in Library Science. She became a media specialist at West Charlotte High School, and later their church library.

Today, all three children use and support their libraries. “It’s part of my legacy as a Harkness,” smiles Holly.

To learn more about including the Library in your estate plans through a charitable trust or other means, contact Karen Beach at 704-416-0802 or kbeach@cmlirary.org.

Make a Gift Today
Learn more about planned giving
Share your "Why I Give" story! 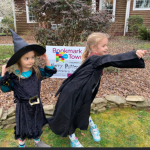