Every day, Library supporters invest time, talent and treasure in our Charlotte Mecklenburg Library. For nearly forty years, Carol Hull has given all three.

When Carol moved to Mint Hill from Tulsa, Oklahoma in 1982, one of her first stops was the Library, then a storefront in a strip mall. She quickly came to view the Library as an essential part of her new community, and her annual donations earned her a “Friends” sticker on her Library card.

In 2008, she joined a citizens group to support the Mint Hill location. She organized book sales, and stored the donated inventory in her husband’s warehouse. The group was planning a sale in 2010 when they received word that the Mint Hill location was one of 11 branches slated to close in response to recession-driven County budget cuts. Carol and her neighbors mobilized.

The mayor of Mint Hill appointed a committee to study alternatives to closing, and as the chair Carol began attending Library trustee meetings. Her perspective broadened from an interest in her neighborhood branch to a recognition of the value and interconnectedness of the entire system.

Ultimately, three locations were shuttered and all operating hours reduced. The Board of County Commissioners created a Future of the Library Task Force to study the system’s sustainability, and Carol represented the towns of Mint Hill, Matthews and Pineville. In March, 2011 the Task Force presented 39 recommendations. One was to form another committee to review Main Library specifically, and Carol served on that team as well. Another was to establish a Library Foundation, dedicated to raising private support for the Library.

By 2015, Carol had retired from her job at Bank of America and was seeking a volunteer opportunity. The Library Foundation was three years old and needed help maintaining a growing database of supporters. Library CEO Lee Keesler made the introductions.

Three years later, Carol is part of the Library Foundation family. She volunteers weekly, maintaining the database as well as assisting with mailings, events, and the ever-expanding category “other duties as assigned.” Carol is also a daily reminder of what the Library is all about: community. Our Library exists to serve and strengthen our community, but it is only possible – and our Library is the institution we know today – because like Carol, so many in our community care so deeply and invest in its future.

“I got my first personal email address from the Library in the late 1980s. I didn’t have many messages, since most people didn’t use email yet, but I thought this cutting-edge service was worth a donation and I started making annual contributions. I appreciate as a volunteer and a customer that our Library system has always been forward-thinking, and I’m excited for what’s to come.” 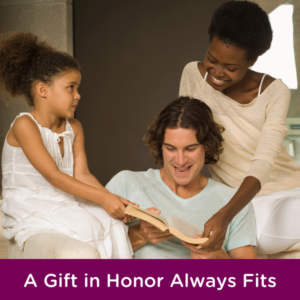 A Gift in Honor Always Fits

About Us, Giving
donate, gift in honor, giving

Simple, meaningful…and you don’t have to wrap it! 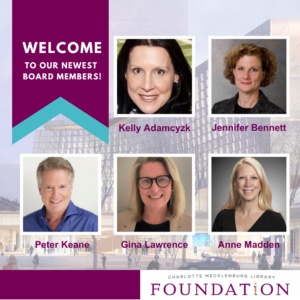 About Us
Foundation Board

We’re humbled and proud to welcome five new board members 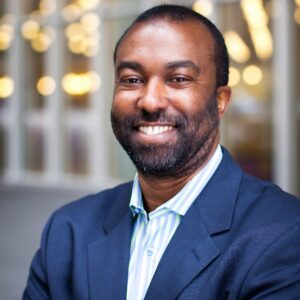 About Us, CommonSpark
leaders