“There are issues you can change. Care enough to change them.”

Angie Thomas makes the political personal, and that’s what she believes makes her an activist.

The author of the New York Times best-selling novel and Community Read 2019 featured title The Hate U Give spoke at Central Piedmont Community College’s Halton Theater last week about finding her voice and encouraged the audience – especially young people – to find and use theirs.  She spoke of growing up in segregated Mississippi in the shadow of the KKK and discovering the story of Emmett Till in a commemorative issue of Jet magazine when she was six years old. “He could have been my brother,” she remembers.

Even as a child, Thomas connected political landscape with her personal reality – and she saw the same quality in the outspoken activists she admired. Musicians used their art as activism, and much of it spoke to her. “As a teen, I connected with hip hop. Tupac cared about me, even when nobody else did – I heard it in his lyrics.”

Like the character of Starr in The Hate U Give, Thomas attended a mostly white, suburban college. It was only a few miles from the house she grew up in, but it was worlds away. There, she developed a second persona. “Code-switching” became her defense mechanism, and it also made her angry. “I was often the only black student in my classes, and I was so careful to fit in. When Oscar Grant was killed by California police in 2009, my classmates saw what the media presented – that maybe he deserved it, he was an ex-con, he may have been selling drugs, all of it. They didn’t see his value, and I took that personally. He could have been my brother too.”

Thomas took action. “I did the only thing I knew how to do – I wrote. I shed light on the darkness. I made the political personal.” She wrote a short story for her creative writing class, and her professor suggested she expand it to a novel – which became The Hate U Give.

“Empathy is far more powerful than sympathy,” Thomas explained, “and books are one of the best ways to create empathy. If you spend 300 pages in the shoes of a character, you WILL feel empathy.” She challenged the diverse audience to ask themselves whether they know what it’s like to be someone different, and further challenged them to go find out.

That’s what Community Read 2019 is all about, and what libraries have the power to do – to be a platform for learning about one another, about issues important to our shared community, and about the world. Libraries bring us together around books, ideas, curiosity, and around the shared goal of building a stronger community.

Angie Thomas left an inspired audience with a final thought: “If you change the world around you, you will find yourself changing the world. There are issues you can change. Care enough to change them.”

Community Read 2019 was made possible with the generosity of presenting sponsor Bank of America and additional support from Foundation For The Carolinas and your Charlotte Mecklenburg Library Foundation. 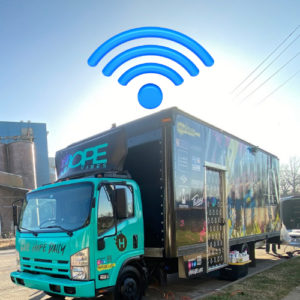 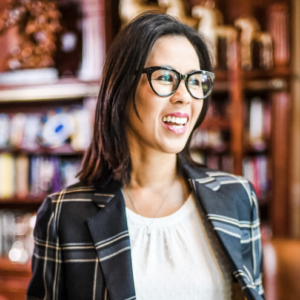 A Simple Way to Triple Your Gift

Because of You, Giving
giving 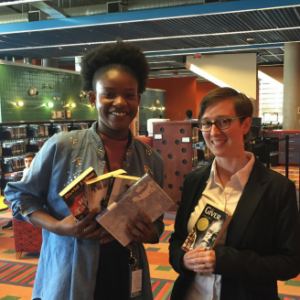 Because of You
economic opportunity