When New York Times bestselling author and Charlotte native Brendan Reichs isn’t writing young adult novels and serving on the executive boards of both the YALLFEST and YALLWEST literary festivals, he reads – a lot. Here’s what’s on his bookshelf this summer:

Children of Blood and Bone, by Tomi Adeyemi
There’s been an explosion of excellent books by diverse authors in young adult literature lately, and many touch on important social issues that have been ignored for too long. I’m really enjoying Children of Blood and Bone because not only does it explore social themes and notions of justice, but it does so in a wildly entertaining fantasy setting. Adeyemi blends commercial appeal with important class and race explorations in what I believe will be a landmark book in the genre.

There’s Someone Inside Your House, by Stephanie Perkins
I can’t decide what I liked more about this book—the fact that it legitimately scared me, or the fact that Stephanie Perkins wrote it. This novel is a well-crafted scare factory. Perkins creates incredible tension by having things happen off-screen and the story really hews closely to the promise of the title. It’s dark outside as I type this and I don’t want to go downstairs alone right now.

Scythe, by Neal Shusterman
Shusterman is an excellent writer but I was most impressed with his world-building. The dystopian/utopian counterplay of the premise is excellent. In a “perfect” future where disease and old age have been conquered, no one has to die anymore, so scythes—legal killers—are employed to control the population and have complete authority to slay as they choose. Shusterman takes a lot of risks in this novel and they all work. I flew through it and eagerly await the sequel.

The Outsiders, by S.E. Hinton
To my shame I’d never read this book until recently, and had no plans to do so until a free copy arrived at my house. HOW WAS THIS BOOK WRITTEN BY A TEENAGER? It’s nearly perfect. It’s so… mature. The characters are incredibly well drawn. Reading this gave me the feeling that a dozen books I’ve read over my lifetime were all striving to be an imitation of this one. Hinton absolutely nails the hopelessness of being poor and without prospects, a constant theme in the last fifty years of American literature. It’s delicate and appropriate without reaching melodrama. Hey, guess what everybody? This book is classic.

Denton Little’s Deathdate, by Lance Rubin
A smart and unique story set in a world where science has created foreknowledge of the exact date on which people are going to die. Denton Little’s “death date” is the day of his senior prom. Tough break. Also, funerals are now attended by the people about to die, and take place the day before, a delightful conceit that gives the story heart and meaning. Rubin has a deft touch with character and dialogue, but you read this book because its absolutely hilarious. Pee your pants funny. Seriously. You’ll laugh out loud by yourself on a bus, and not in the fake text message way.

The Dragonbone Chair, by Tad Williams
My favorite fantasy book of all time, I still adore this story as much as I did when I first read it at age thirteen. Tad Williams is master of the genre. The book builds with such incredible momentum that I never wanted it to end. And…it hasn’t. When Williams finished this series in 1993 he remarked that the story was done, and he didn’t anticipate having anything more to say in this world. So imagine my literal JOY when I heard that he was returning to Osten Ard with a new trilogy that began last summer. I’m not going to lie, that was as excited as I’ve been for an upcoming release in my entire life, and The Witchwood Crown didn’t disappoint. With this series, in my opinion, Williams has perfected modern epic fantasy in the classic form.

The Tipping Point: How Little Things Can Make a Big Difference, by Malcolm Gladwell
Gladwell’s study of social epidemics is an absolutely fascinating read, one I’d recommend to anyone in the entertainment business as a head’s up on why some things might sell like crazy while other promising projects land with a thud. He discusses three factors that influence whether any particular thing—a book, shoe style, type of criminal behavior—might go “viral.” The takeaways are too many to list here, but he makes startling conclusions about how outside factors affect human behavior. Further, his findings seem more relevant today than less, given the isolation of modern living and the reliance on word-of-mouth for advice. I’d recommend this to anyone. Gladwell writes in a relatable, accessible style, never bogging the text down with technical jargon. As such it’s an easy, thoughtful read.

Code Name Verity, by Elizabeth Wein
Wow. This is a good book. The story is about two amazing woman fighting in World War II—one as a pilot, the other as a spy—and it might be the best example of an unreliable narrator I’ve read. This is an epistolary novel where the author does a masterful job of basically head-faking the entire first two-thirds of the book. The ending is poignant and perfectly executed, without melodrama or a false ring. I loved this read.

Illuminae, by Amie Kaufman and Jay Kristoff
I really enjoyed this reading experience.  The book is told entirely through “found records” detailing a series of horrific space disasters. Epistolary in construction, there is no overarching narrative or storyteller. Additionally, Kaufman and Kristoff use creative visual techniques to change the reading experience, often rolling and twisting sentences across the page in loops, curls, and jagged drops to simulate artificial intelligence and other devices. At its core, the book is the story of two teenagers living through catastrophe. The authors use surveillance records, communication transcripts, blueprints, schematics, and after-action reports to tell the story, but I never felt disconnected from the story. Illuminae is utterly unique and I’d recommend it to anyone.

Salt to the Sea, by Ruta Sepetys
This wonderful historical fiction touched me very deeply, because it might be part of my own family history. I’ve always known, vaguely, that my father and grandparents fled Latvia in 1945 ahead of the Red Army, and ended up in German camps until they were allowed to immigrate to Chicago. Sepetys, a Lithuanian, tells a story of that flight through Poland by a band of refugees desperate to get to a boat and sail from the Baltic to safety. It’s entirely possible that my family exited the region in this exact manner, perhaps even on one of those specific boats. I’m now determined to find out, so I owe the author personal thanks. Also, I’ve always admired historical fiction. While basic plot points may already be known, the amount of research necessary to make such a story authentic is incredibly daunting. Sepetys never strays into melodrama as she starkly recounts just how awful the end of WWII was in Eastern Europe, where enemies hunted refugees from both sides. This book should be required reading in history classes. 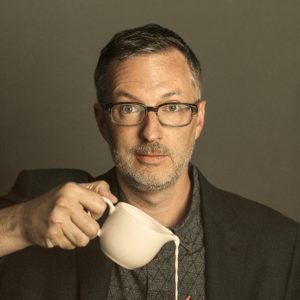 Charlotte’s “champion of creativity” reads for a jolt of inspiration. 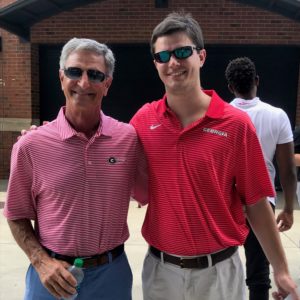 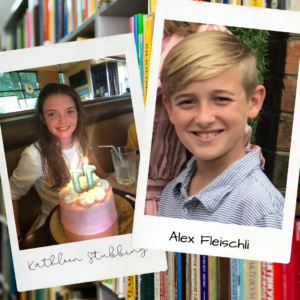 What are Middle Schoolers Reading?

We hope the kids in your lives have been reading all summer!