Featuring four New York Times best-selling authors, emcee Sheri Lynch, and the launch of The CommonSpark and public reveal of the design for a new Main Library. 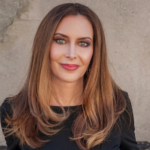 Karen Abbott is the New York Times bestselling author of Sin in the Second City, American Rose (an Indie Next pick), and, most recently, Liar, Temptress, Soldier, Spy, named one of the best books of 2014 by Library Journal, The Christian Science Monitor, and Amazon. A native of Philadelphia, she now lives in New York City. New Release: The Ghosts of Eden Park 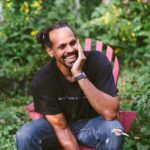 Ross Gay is the author of three books of poetry: Against Which; Bringing the Shovel Down; and Catalog of Unabashed Gratitude, winner of the 2015 National Book Critics Circle Award and the 2016 Kingsley Tufts Poetry Award. Ross is the co-author, with Aimee Nezhukumatathil, of the chapbook Lace and Pyrite: Letters from Two Gardens, in addition to being co-author, with Richard Wehrenberg, Jr., of the chapbook, River. He is a founding editor, with Karissa Chen and Patrick Rosal, of the online sports magazine Some Call it Ballin’, in addition to being an editor with the chapbook presses Q Avenue and Ledge Mule Press. Ross is a founding board member of the Bloomington Community Orchard, a non-profit, free-fruit-for-all food justice and joy project. He has received fellowships from Cave Canem, the Bread Loaf Writer’s Conference, and the Guggenheim Foundation. Ross teaches at Indiana University. New Release: The Book of Delights 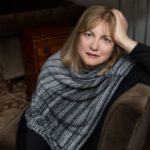 Alice Hoffman is the author of more than thirty works of fiction, including The Rules of Magic, The Marriage of Opposites, Practical Magic, The Red Garden, the Oprah’s Book Club selection Here on Earth, The Museum of Extraordinary Things, and The Dovekeepers. Her work has been published in more than twenty translations and more than one hundred foreign editions. Her novels have received mention as notable books of the year by The New York Times, Entertainment Weekly, The Los Angeles Times, Library Journal, and People Magazine. She has also worked as a screenwriter and is the author of the original screenplay “Independence Day.” Her short fiction and non-fiction have appeared in The New York Times, The Boston Globe Magazine, Kenyon Review, The Los Angeles Times, Architectural Digest, Harvard Review, Ploughshares and other magazines. New Release: The World That We Knew 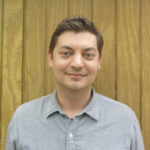 Kevin Wilson is the author of the collection, Tunneling to the Center of the Earth, which received an Alex Award from the American Library Association and the Shirley Jackson Award, and two novels, The Family Fang and Perfect Little World. His fiction has appeared in Ploughshares, Tin House, One Story, A Public Space, and elsewhere, and has appeared in four volumes of the New Stories from the South: The Year’s Best anthology as well as The PEN/O. Henry Prize Stories 2012. He has received fellowships from the MacDowell Colony, Yaddo, Rivendell, and the KHN Center for the Arts. He is an Associate Professor in the English Department at Sewanee: The University of the South. New Release: Nothing to See Here 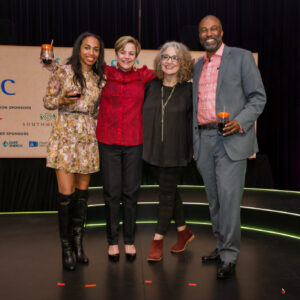